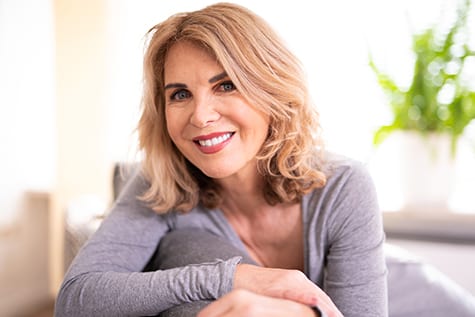 Sagging forehead tissue can begin as early as age 30. Gravity’s effects manifest with brow heaviness and wrinkles between the eyebrows (glabellar or scowl lines) and furrows across the central forehead.

A brow lift is a plastic surgery procedure that can reverse these changes by raising the eyebrows to a higher and more aesthetic position, opening the eyes and softening aging furrows across the forehead and between the eyebrows. A brow elevation can be accomplished using a variety of procedures (see FAQ) which are tailored to the patient’s desired result, hairline, position, and hair thickness.

A brow lift does not take the place of an eyelid lift to improve baggy eyelids, puffy eyes, or crows feet. Consider eyelid surgery or wrinkle treatments for these problems.

Any brow procedure can be combined with eyelid surgery, cosmetic facial filler or BOTOX® Cosmetics for more dramatic results. We will be glad to discuss your options and recommend the right procedure based on your age and goals. Be sure to inquire about a chemical brow lift using BOTOX®.

Is there scarring with a brow lift procedure?

Scaring from a brow lift may be on top of the head or in front of the hairline, depending on the technique chosen.

What are my brow lift options?

Brow lift may be performed in several ways. There are three commonly used techniques The options are coronal lift, endoscopic lift, and subcutaneous lift.

A coronal forehead lift involves an incision across the top of the head, from ear to ear. Through this incision, our doctorscan alter the muscles (frontalis, procerus, and corrugators) that cause horizontal forehead wrinkles and scowling. After doing this, our surgeon will actually remove about a 1-2 cm strip of your scalp and sew the remaining scalp together.

Although this may sound gruesome, it is the oldest and most reliable technique in brow lift surgery. The main disadvantage is that you will be numb on the top of your head for about six months, after which time the sensation usually returns. This technique also raises your hairline, which can be a problem for those with a high forehead who also wear their hair back. The advantages of this technique are that it is lasting (it will not have to be repeated as you age, with very rare exceptions). Also the scars are concealed behind the hairline and are not seen after they heal (unless you are a man with a receding hairline, in which case you should not have this kind of brow lift).

Endoscopic forehead lift involves four to six short (one inch) incisions behind your hairline. Through these small incisions, our doctors inserts and endoscope which has a tiny camera on the end. This allows her to see under your skin without making a long incision across the top of your head. Through this technique, our surgeon will be able to do most of the things that can be accomplished through a coronal lift with a few notable exceptions. Our surgeon will be able to weaken the scowl-causing muscles but will not be able to directly alter the muscle that causes horizontal wrinkles. Also, our surgeon can lift your forehead, but does not remove the excess scalp. She merely shifts it upward and backward on your skull. To secure your scalp into its new position, our surgeon may drill small hole into your skull and place tiny screws (which later are removed or which are absorbed by your body). Even with these screws, because excess scalp is not removed, there exists greater potential for your forehead and brows to droop â€¨after an endoscopic lift. (Relapse is most common in those with very droopy brows and very deep creases.) Because endo lifts have only been performed since 1995, no one knows exactly how long the results last. Finally, endo lifts, like coronal lifts, raise your hairline, but (unlike coronal lifts) they do not cause temporary numbness on top of your head.

Subcutaneous forehead lifts are the least commonly performed of all brow lifts. In this technique, our surgeon makes an incision across the top of the forehead, where your hairline begins. The same muscle alterations performed through a coronal lift are possible through this operation, as well.  Excess skin is removed. Because the incision is in front of the hairline, your hairline will not be moved higher (unlike the other two techniques). Consequently, you will not have numbness on top of your scalp. The major disadvantage of this technique is that it leaves a scar across the top of your forehead, which can be highly visible. To conceal your scar, you will need to wear your hair forward. If you are wearing your hair forward, then it doesn’t matter as much how high your hairline is because your hairline will not be visible. Hence, you could have had a coronal lift or endo lift in the first place.

What should I expect during and after a brow lift?
Anesthesia: sedation or general.
Location of operation: Largo Ambulatory Surgery Center in our main Largo Office.
Length of surgery: 30-90 minutes.
Length of stay: Outpatient (home same day).
Discomfort: Mild; anticipate 0-4 days of prescription pain medication.
Swelling and bruising: Improve in 10-14 days. You can reduce swelling through constant head elevation and frequent application of ice. You may develop black eyes temporarily.
Bandages: Removed in 1-3 days.
Stitches: Removed in 7-10 days.
Contact lenses: May be worn in one week.
Make-up: May be worn in 3-5 days.
Presentable in public: 7-14 days, with the help of make-up.
Work: You may feel capable of returning within 3 days, but your appearance will be the limiting factor.
Exercise: May be resumed in 2 weeks.
Final result: Seen in 2-4 weeks. 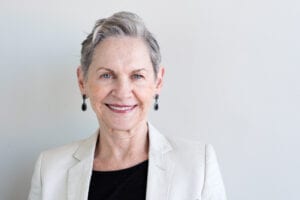 Reward yourself with a physician who is passionate about their service and understands the importance of feeling and looking your best. The Aesthetic Institute of West Florida employs board-certified ophthalmologists and fellowship-trained oculoplastic surgeons.  Their comprehensive training allows them to offer surgical, minimally-invasive and non-surgical treatments in facial rejuvenation. Their extensive experience in facial surgery affords them the necessary skills needed to create an individualized rejuvenation plan to balance your cosmetic desires with natural, pleasing results.  But it is because of the unmistakable care that people choose The Aesthetic Institute of West Florida for their elective cosmetic procedures.

Brandon C. Clair, M.D., Brandon C. Clair, M.D. is an ophthalmologist specializing in oculoplastic, orbital, and reconstructive surgery. After growing up outside of Philadelphia, PA, Dr. Clair completed medical school in New York at SUNY Upstate Medical University. He then went to Baltimore, MD for his internship at the University of Maryland Medical Center, where he met his wife. Afterwards, he returned to New York for his ophthalmology residency at the University of Buffalo Medical Center, where he was selected as chief resident. Dr. Clair then pursued additional training through fellowships in orbital, oculoplastic, and reconstructive surgery, as well as neuro-ophthalmology. All of his fellowships were completed at the University of Texas Southwestern Medical Center in Dallas. Throughout his training and career, Dr. Clair has been a steady member of the scientific community, with broad research interests across different medical, surgical, and ophthalmologic specialties and subspecialties producing many peer-reviewed publications in various medical journals. His desire to pursue research and scientific innovation has also culminated in his presence on the scientific advisory boards of several biotechnology corporations focusing on ophthalmologic and oncologic disease. Dr. Clair’s current research and innovative interests are within cosmetic, functional, and reconstructive periorbital surgery. He resides in Clearwater with his wife, son, and dog. He spends his spare time with his family and pursuing his hobbies of basketball, watersports, and enjoying the Tampa area beaches with his family. 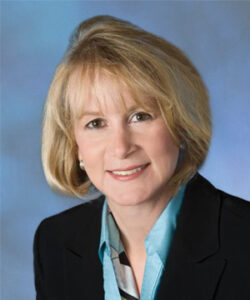 Stacia H. Goldey, M.D., is a board certified ophthalmologist and fellowship trained oculoplastic surgeon. Dr. Goldey received her undergraduate from the University of Central Florida, Summa Cum Laude, and her medical degree with honors from the University of Florida. She served her residency at Shands Teaching Hospital at the University of Florida, followed by a fellowship in Ophthalmic Plastic and Orbital Surgery at the Jules Stein Eye Institute at the University of California, Los Angeles. Dr. Goldey is board-certified in Ophthalmology and a member of the prestigious American Society of Ophthalmic Plastic and Reconstructive Surgeons, American College of Surgeons, American Academy of Ophthalmology and American Medical Association. Dr. Goldey is on the National Education Faculty for BOTOX® Cosmetic. She is on the staff of Florida Hospital Waterman, and has published several articles about Oculoplastic Surgery.