Glaucoma – The Silent Thief of Vision 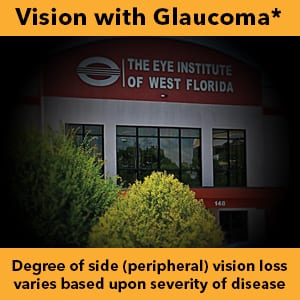 Our vision allows us to see and enjoy the world. It’s a privilege we often take for granted, forgetting what an integral role it plays in our ever day life until something forces us to acknowledge it. Many ocular diseases introduce themselves with some type of symptom that encourages patients to see an eye doctor; however, some progress to an irreversible point without any symptoms at all. One such condition is glaucoma, a complex disease that causes damage to the optic nerve, which is in charge of relaying information from the eye to the brain, allowing us to see images.

“Glaucoma is the second leading cause of blindness in the world [the first being cataracts]. It is one of the most common eye diseases, but, due to a lack of symptoms, patients often have no idea that they have it,” Glaucoma Specialist Jeffrey Schwartz, MD, explains. “It’s a dangerous and frustrating disease because oftentimes a patient doesn’t notice problems with their vision until the disease has progressed to a point where irreversible vision loss has occurred.”

Dr. Schwartz has been diagnosing and treating glaucoma for more than 30 years at The Eye Institute of West Florida, a multi-specialty ophthalmology practice with offices across Tampa.

While many patients have heard of glaucoma, there is confusion around what the disease truly is and the amount of visual damage it can cause. Glaucoma is typically associated with ocular hypertension, when the pressure inside the eye is higher than it should be; however, it can also occur when the intraocular pressure (IOP) is normal, depending on the type of glaucoma a patient has.

There are two primary categories of glaucoma: open-angle glaucoma and narrow-angle glaucoma. Angle refers to the drainage angle where the iris (the colored part of the eye) meets the cornea (the clear outer covering of the eye). It controls the outflow of fluid (called aqueous) produced in the eye.

The most common type of glaucoma, open-angle glaucoma, occurs when the appropriate amount of fluid is unable to drain out of the eye, causing the inner eye pressure to rise above what is considered normal (typically between 10 and 20). A patient who suffers from open-angle glaucoma experiences gradual loss of peripheral vision, which is why it frequently goes undetected. By the time the vision is impaired to the point of noticing, there is often permanent damage. At least 90 percent of glaucoma cases in the United States are open-angle.

Narrow-angle glaucoma, also called angle-closure glaucoma, is when the aqueous is unable to drain through the angle, due to blockage. Unlike open-angle glaucoma, narrow-angle glaucoma often has symptoms associated with it, such as eye pain, headaches, halos around lights, sudden vision loss, nausea and vomiting. This can result in an extreme loss of vision at an alarming rate and requires immediate attention in order to clear vision and lower the eye pressure before permanent damage occurs.

While there is no cure for glaucoma, there are treatment options available to stabilize vision and prevent permanent eye damage. Depending on the severity, treatment options may vary from a prescription eye drop routine to laser treatment to glaucoma surgery. The only thing certain is the importance of routine exams.

In addition to regular eye exams, seeing the appropriate doctor plays an important role in the health of your eyes. The Eye Institute is known for their multi-specialty approach, housing experts in each field of ophthalmology. These experts have completed additional education and training in their specific field, for example, glaucoma.

Anything that threatens our vision is frightening. Our vision give us freedom, and losing that freedom is something we hope to never face. While glaucoma poses a threat due to lack of symptoms, being educated about what glaucoma is and taking preventative measure with regular visits to the eye doctor are the best way to protect something so precious. 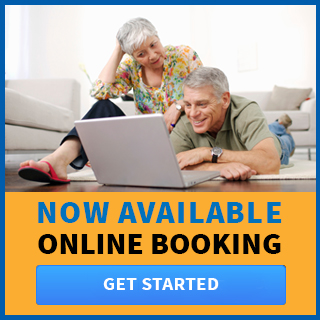